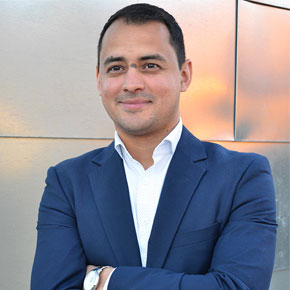 Born in the nation’s capital to high-school sweethearts from Laredo, Sam Castillo arrived in San Antonio as an infant when his father, an airman then stationed at the Pentagon, got transferred to a post at Randolph Air Force Base. While growing up in the Alamo City, Castillo attended Judson High School and later graduated from Texas A&M University–San Antonio with a degree in business management.

At the age of 19, Castillo got his first taste of the San Antonio culinary scene and was instantly hooked. Over the course of nearly three years working at the bygone French bistro Brasserie Pavil, he learned the ins and outs of the industry and developed a deep appreciation for food and wine. “That was my first time being surrounded by chefs and servers who were full of passion and driven to deliver an experience people would never forget,” he remembers. “I fell in love with it almost immediately. Wine and food became a passion of mine and I wanted to share it with everyone.”

A member of the Bliss team since the restaurant’s opening in the winter of 2012, Castillo excelled as a server for six and a half years before being promoted to maître d’hôtel in the summer of 2018. In his multifaceted role, Castillo oversees all front-of-house operations, maintains clear lines of communication throughout the restaurant, promotes teamwork among the staff, and ensures that guests receive the world-class service they’ve come to expect from Bliss. Ask him about his favorite aspects of the job and he’ll likely mention factors that require thought and creativity — such as coordinating special events and parties (including a wedding he helped organize on the serene patio), booking coursed dinners at the intimate chef’s table (which offers a bird’s-eye view of the bustling kitchen) and, perhaps most importantly, curating the restaurant’s impeccable wine list. Although he modestly downplays his wine knowledge as a mere “drop in the ocean,” Castillo is impressively informed and always prepared with insightful pairing suggestions.

Reflecting on the tight-knit staff — many of whom have also worked at Bliss since day one — Castillo says, “We’ve grown together. It’s like a small family. And, despite our differences, at the end of the day we can share a glass of wine.”