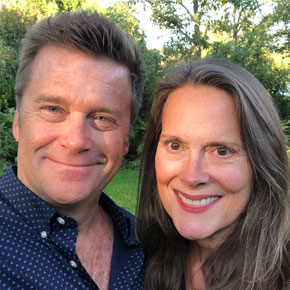 Mark Bliss is widely regarded as one of the Southwest’s top chefs and one of the culinary talents who put San Antonio on the map as a fine dining destination.

Mark Bliss is a native of Northern California. He began his culinary career after moving to Texas in 1981. He worked in several hotel and restaurant kitchens, including Polo’s at the Fairmount, where he met noted Chef Bruce Auden.

Next, Mark was hired as Executive Chef at Pour La France, based out of Aspen.  When Bruce Auden opened Biga in 1991, he asked Bliss to join him as Chef de Cuisine.  In 1996, Restaurant Biga was inducted into Nation’s Restaurant News Fine Dining Hall of Fame, the youngest restaurant in the 25-year history of the magazine to receive this prestigious award.

Bliss left Silo in January of 2010.  At that time Mark decided to take a personal sabbatical to reunite with family on the west coast, spend time with his wife and children, and to begin work on his own restaurant concept in San Antonio.  Bliss Restaurant opened in the winter of 2012.

Mark has been married to his wife and business partner, Lisa, since 1986. They have two grown children, Sarah and Evan.